In Showa 34 1959 after graduating from high school ceramics department in Tokoname Hanno Souhei worked as a student researcher in ceramics in various studios.
Specifically, from Showa 36 (1961) and for 1 year after, he studied raw materials and enamel glazes in the experimental engineering laboratory of the National Research Institute of Nagoya. This course will have a significant impact on the way that he will following in the coming years.
In Showa 52 (1977), he separates the activity of production and wholesale. "Senkouen" becomes the label for sales and Hanno remains the technical leader.
So far, the main production covers items without glazes . These fabrications are small to medium sizes.
Finally, as regards to the pots made ​​by hand, there is the seal " 千交苑"(Senkouen), and sometimes  the seal" 惣平窑"(Four Souhei) is added
Given Name: Hanno Souhei
Born in Showa 15, November 27, 1940 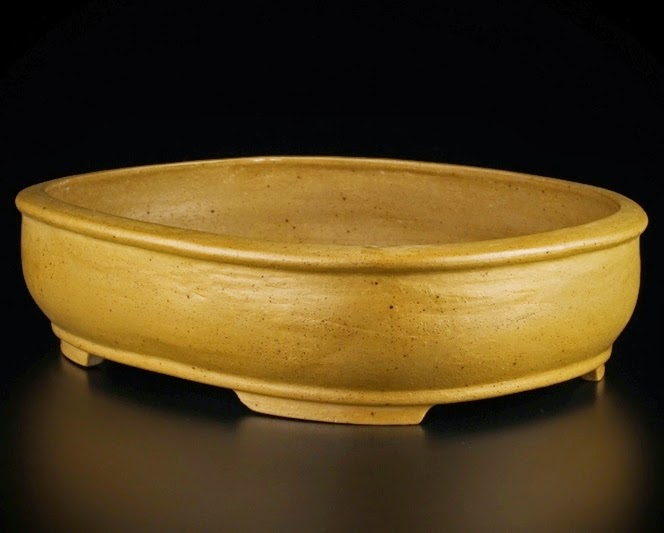 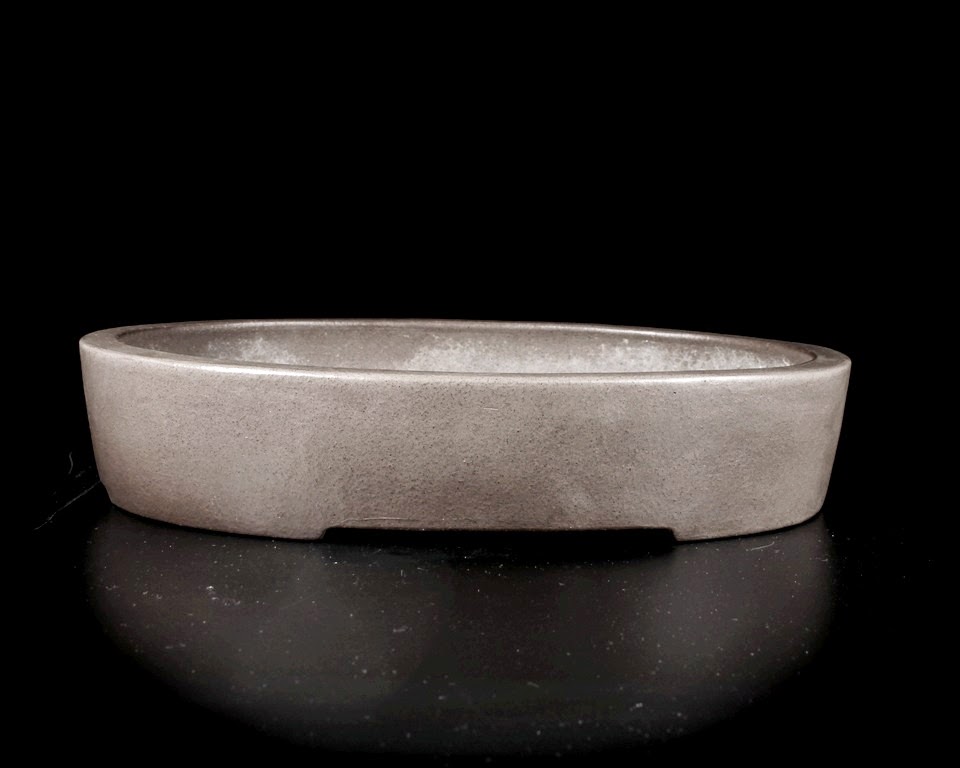 http://www.bonsaivision.com/product-p/bv00f56.htm
Posted by Unknown at 9:23 AM No comments: 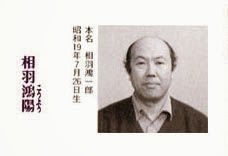 In Showa 45 (1970), he opened his first kiln known as "the garden pottery" Kouyou", subsequently, in Showa 47 (1972) he was
presented with an award in the technical section and design during the first organization of the price * Chuza, and he has also won, among other awards, in Showa 56 (1981) the encouragement award at the first competition design, showing that his activity is not focused solely around a bonsai pots  but on pottery in general.
He is mainly known for small bonsai pots and basins, but his art is also recognized for the enamel work which is very extraordinary.Recently, he built a furnace, like those at the beginning of bonsai pot production, used in combination with wood and oil, and is researching the change in the kiln of clay pottery and Shudei ,Udei.He says his dream in the future, is that he can appear in exhibitions  of Suiseki Suibans in old German castles.

At this time Kouyou is regarded as one of the top artist producing bonsai pots in the Tokoname region. His unique glazes and attention to detail sets him apart from some of the other potters. Although at this time he is a prolific producer of pots as time progresses we feel that the value of his pots will increase dramatically as production slows. 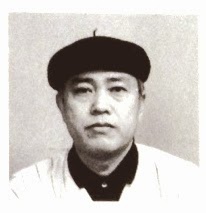 
Actual name-- Hirata Atsumi-- 平田淳美Born 1939 (Showa 14). In 1958 (Showa 33), he begun the study of ceramics. He taught himself the craft of the potter’s wheel and in 1969 (Showa 44) he began to make unglazed bonsai pots. In 1975(Showa 50), he established his own kiln. Some Begei pots are chuhin, or medium-sized pots, but Begei has an especially high reputation among connoisseurs of shohin bonsai for its shaded shudei (vermilion) shohin pots. (Japanese: 朱泥暈し: shudei bokashi: a vermilion clay that is shaded from light to dark).In recent years, he has made strenuous efforts to add decorative details to his pots, such as sketching  pictures, carving see-through designs and carving figures in relief. Such detail work, if not overdone, adds interesting variations to the pots. However, the most tasteful shohin bonsai pots are of course the ones which best promote the main qualities of the tree. With his knowledge of bonsai, Begei continued to create simple but attractive shohin pots. With the closing of his kiln and retirement the bonsai world has lost one of it's most revered potters and ceramic
artists


http://www.bonsaivision.com/product-p/bv00f51.htm
Posted by Unknown at 9:21 AM No comments:

Shop at our store or visit our bonsai tools blog!